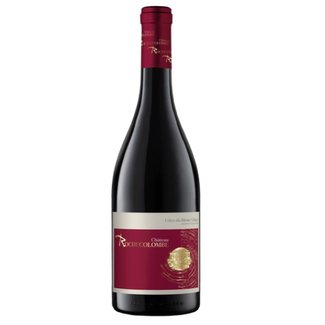 This Côtes du Rhône Villages will surprise you with its deep purple color and ..
€14,95 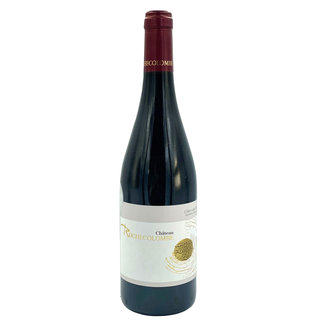 This Côtes du Rhône has a beautiful deep red color of pomegranate. It is struc..
€12,95 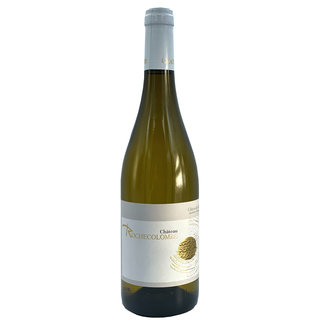 This Côtes du Rhône Clairette is golden in color with a green sparkle. The win..
€12,95 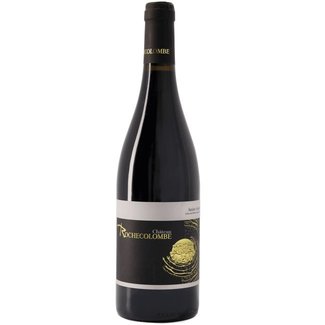 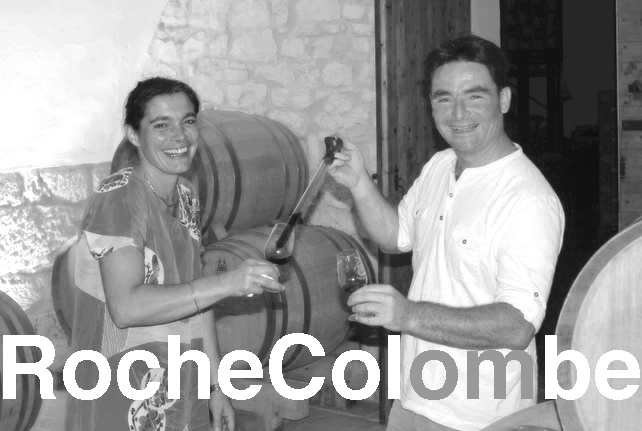 Born in Oudenaarde (Belgium), Robert Herberigs was a well-known songwriter and visual artist. He bought Château Rochecolombe in 1925 as a second home. At that time, the domain consisted of one large orchard (apricots) and a few plots of vines.
Shortly after the Second World War, his eldest son Gilbert and his wife Geneviève van de Vyvere took over the reins of the estate. They then convert the apricot fields into vineyards. During the first fifteen years, the harvest was sold to the Bourg Saint Andéol Cooperative and a trading house from Châteauneuf-du-Pape. In the 1960s, he took an unusual step at the time by building his own cellar for the production of Côtes-du-Rhône, when the main production in that region was simple table wine.
In 2021 it is Roland who, supported by his wife Florence and their two children, is working energetically on the future of this exemplary domain. All vineyards are organically cultivated and there is also an emphasis on the superlative, working in biodynamics. The wines all have a high concentration and are not filtered. The 'regular' Côtes-du-Rhône was already good for a fat nine in the Volkskrant. It is a wine of unprecedented quality within this 'Appellation'.
Please accept cookies to help us improve this website Is this OK? YesNoMore on cookies »